In Carinthia, the bikes can be safely unpacked in spring. The mild, sunny climate makes an excursion by bike possible even when the mountains are still fit for sunshine skiing.

When it comes to cycling for pleasure, there are more than enough possibilities on offer - alone, with friends or with the whole family: routes such as the 5-star ADFC-certified Drau cycle path, the Via Carinzia in the sunny corner of Carinthia, the Five Lake route or the Alpe-Adria cycle path, which leads from Salzburg via Carinthia to the Adriatic Sea, guarantee intensive experiences in the midst of a unique landscape of mountains and lakes. The numerous bicycle partner companies also make the holiday feeling of the “joy of living” a holistic experience for the guest and create a feel-good atmosphere with their high quality services. All cycle routes can be found at cycling.carinthia.at/en/, where they can also be downloaded. 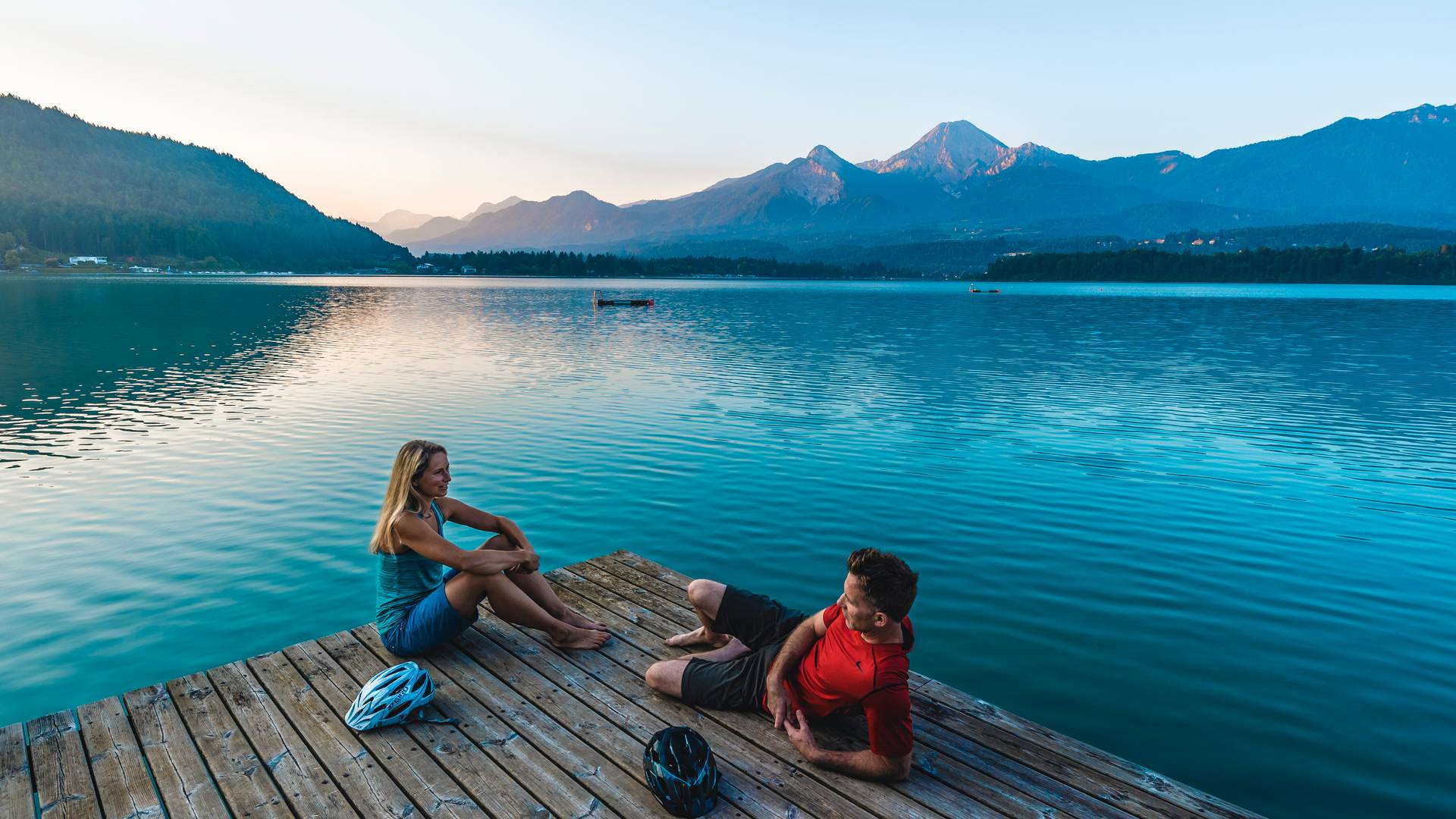 The pure joy of cycling: Travelling light by bike through Austria’s sunny south – past blue and turquoise lakes, embedded in the dreamlike hill and mountain landscape on the border to Italy and Slovenia. Depending on time and fitness, the 340-kilometre, varied route can be divided into as many stages as you like. Ideally you should plan at least one week for the entire tour. This leaves enough time to enjoy the warm bathing lakes, the countryside and interesting things along the way. There are many places to stay along the route for cyclists with varied tastes and budgets. The tour is also ideal for e-bikes. More information

Since May 2018, Carinthia has the ultimate unique selling proposition: Nowhere else you can find such a large bike rental system spanning all regions, as there is in Austria's southernmost province. Together with the company Papin and Carinthia’s tourism regions, around 50 rental stations for all types of bikes (MTB, Citybike, children’s bike, e-bikes etc.) have been installed throughout the region. All bikes can be booked online, even groups can easily reserve their bikes via this portal. Papin takes care of the bike's return transport. Bookings at: www.kaernten-rent-ebike.at 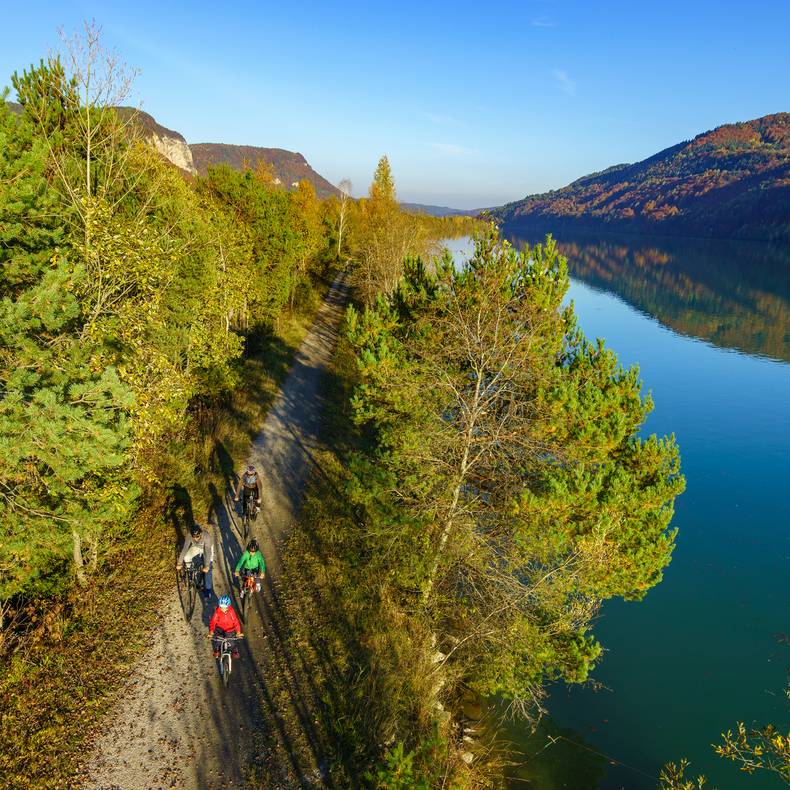 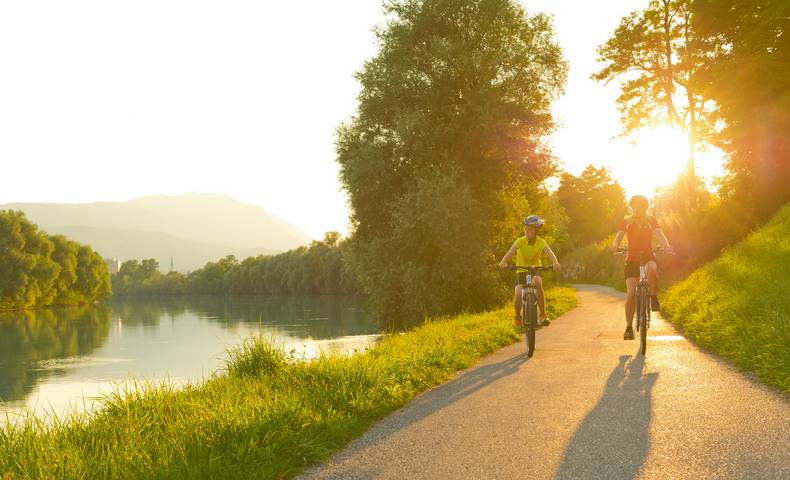 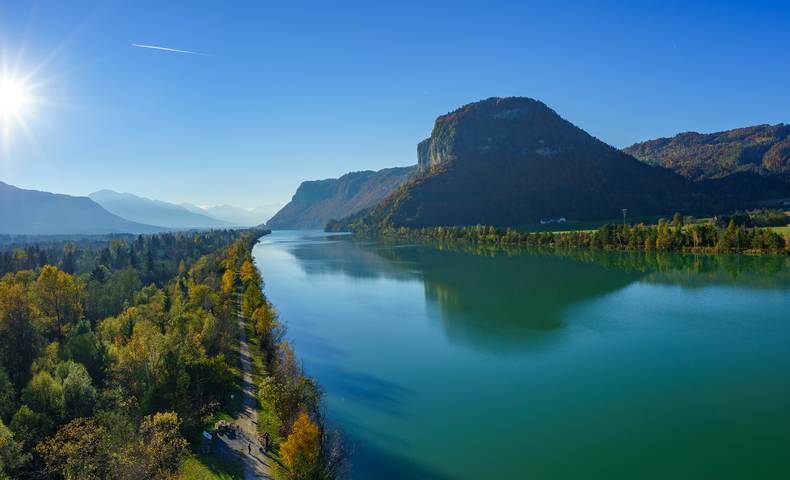 One of Austria's best-known cycle paths is the 510-kilometre long Drau cycle path. The cycle path, acclaimed as a 5-star quality route by the ADFC (general German cycling club), is an experience for the whole family and leads from South Tyrol and East Tyrol across Carinthia to Slovenia and Croatia. In seven stages, cyclists pedal their way from the starting point at Toblach/Dobbiaco in South Tyrol along the Drau river to the finish in Varaždin in Croatia, with the main part of the route lying in Carinthia. The trail is seamlessly signposted in both directions in Carinthia and mostly leads over flat terrain, so that cyclists can enjoy the natural landscape to the fullest. As the route has the railway for a constant companion, certain sections can also be travelled by train, if desired. 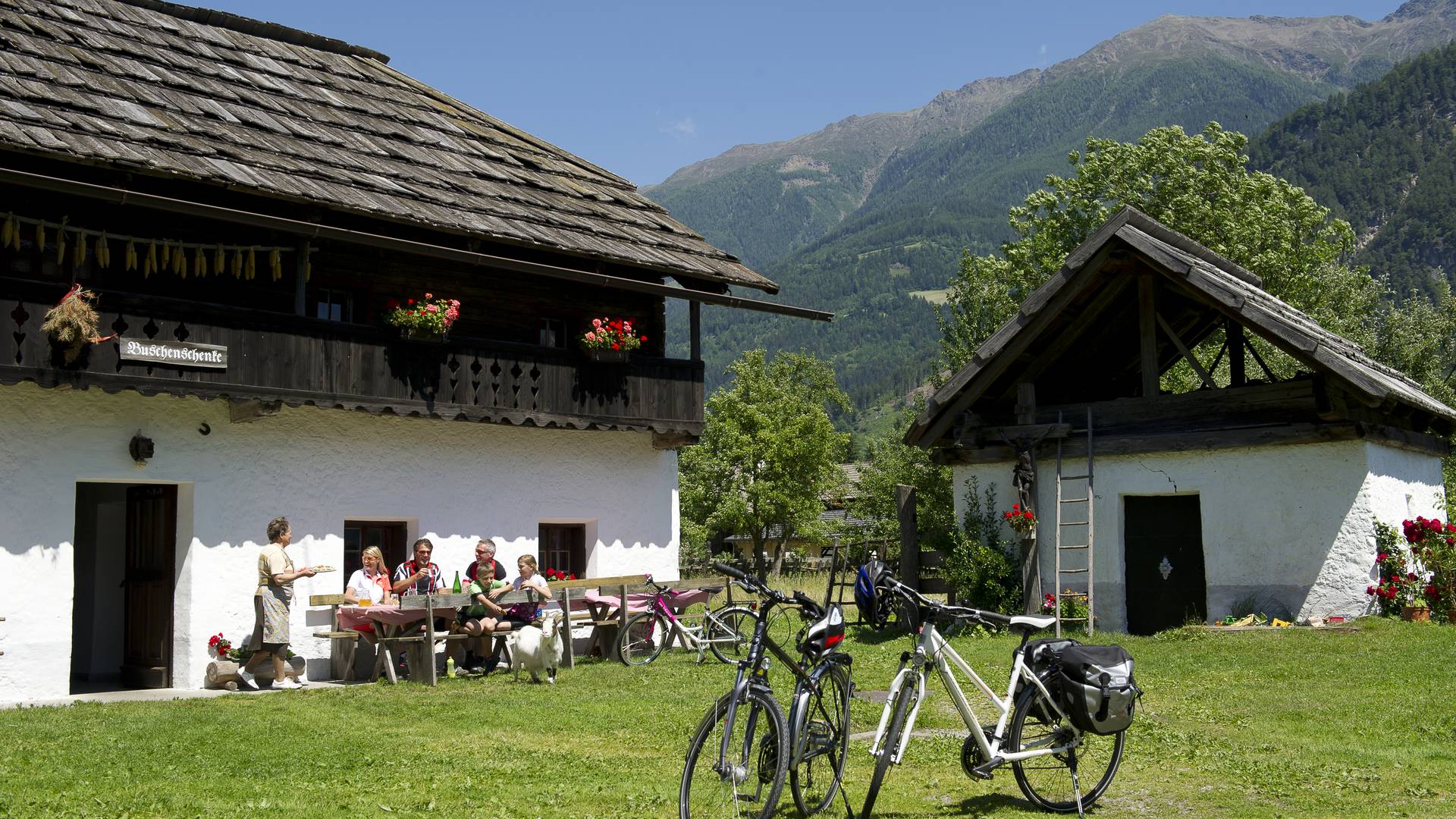 An unforgettable experience is the 410 kilometre-long Alpe-Adria cycle path. Starting from Salzburg, Mozart's city, you spend a week travelling through the Hohe Tauern National Park to the sunny southern province of Carinthia and across Austria's border into Italy. The route within Carinthia is particularly attractive, as it leads from the Tauern Motorrail in Mallnitz mostly steeply down to the sea in Italy.

The interplay of the landscape is also unique: mighty mountains and sunny valleys with lakes up to 28 degrees Celsius - the further south you go, the softer and sweeter the landscape becomes, until you can finally stretch your tired feet into the Upper Adriatic Sea. The return journey to the departure point is a pleasant ride on the train, which leaves twice a day from Udine. Good maps and apps are available, further information and packages can be found at www.alpe-adria-radweg.com. The Alpe-Adria cycle path is also a symbol of cross-border cooperation, which is supported and promoted by the EU.

In addition to the Drau cycle path, there are many other routes that invite you to enjoy pedaling. The various routes of the Via Carinzia in the sunny corner of Carinthia also promise 162 kilometres of cycling pleasure between culture and history. Starting from the idyllic Rosental, which is dominated by the impressive mountain range of the Karawanken, cyclists follow five daily stages to the Lake Klopein and further into the gently hilly Lavanttal valley. On the way, many sightseeing attractions - such as the Carnica Bee Experience Museum or the Benedictine Monastery of St. Paul - invite you to take a detour.

A splendid backdrop in the midst of the Gailtal and Carnic Alps offers itself to all cycling enthusiasts on the Gailtal cycle path, which runs for a total of 95 kilometres from Kötschach-Mauthen to Villach on well laid-out cycle path. On the way you should not miss out on a refreshing swim in Lake Pressegg, which glitters in the sun right next to the track. 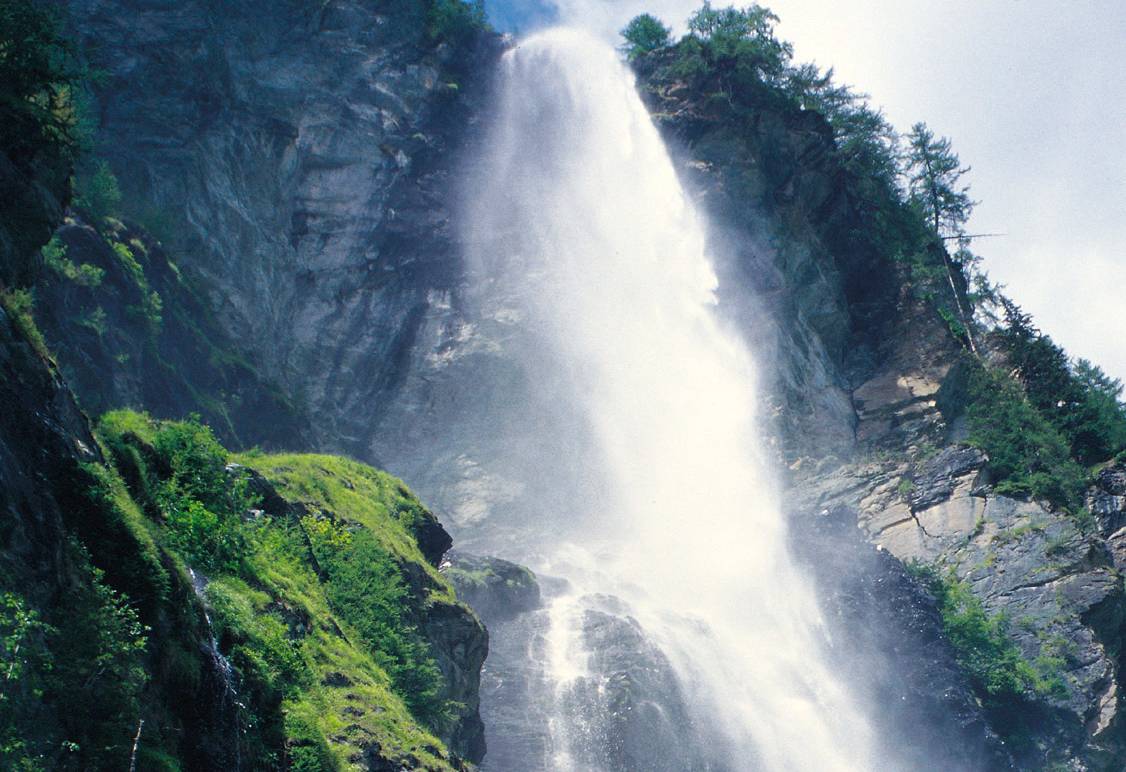 In the north of the province, in the Hohe Tauern National Park region, is the Glockner cycle path. This leads in a day tour past unique natural spectacles such as the Jungfernsprung waterfall, which falls several hundred metres freely over a rocky promontory into the valley, and through beautiful Alpine valleys, which are framed by the imposing summits of the 3000-metre peaks.

Experience the magical lakes of Carinthia by bicycle 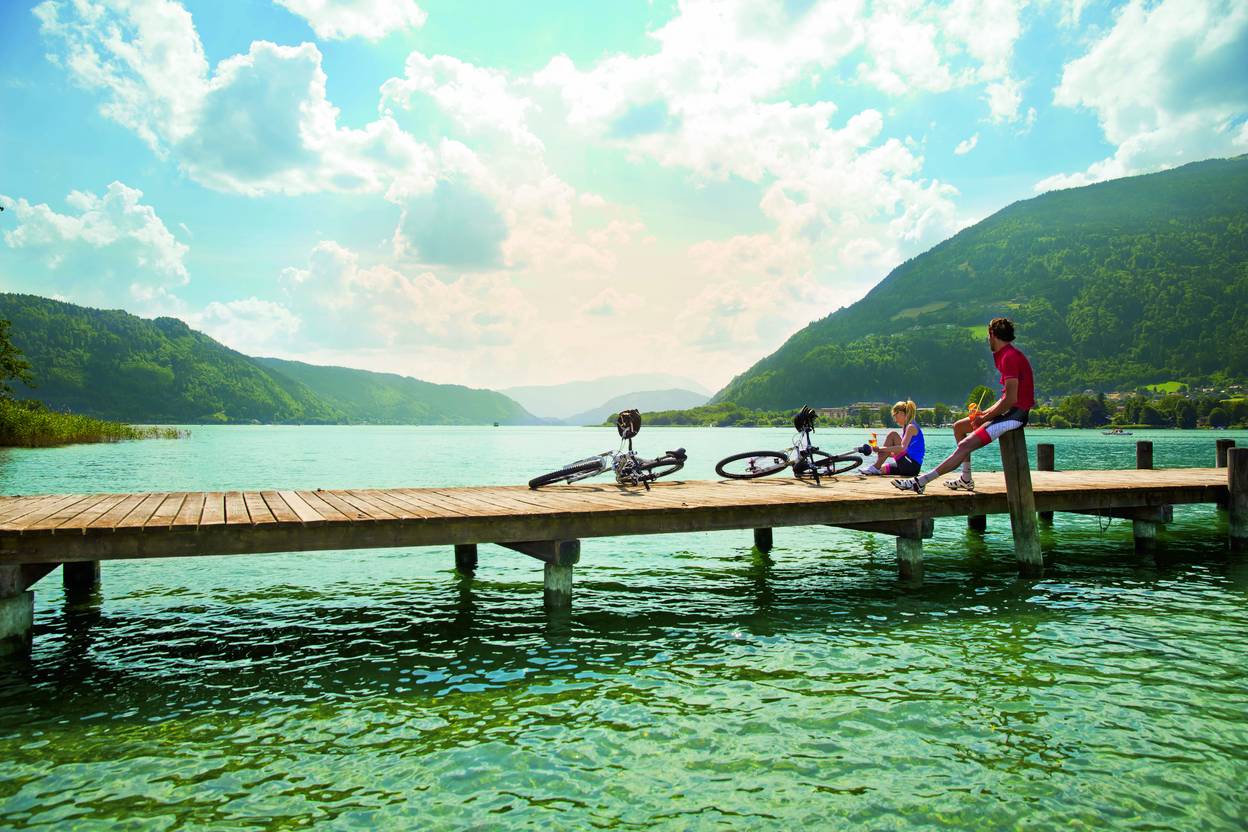 In Carinthia, a large number of clean bathing lakes at up to 28 degrees Celsius invite you to have fun in the pleasant water. But the area surrounding the glittering lakes also promises a lot. On exploratory tours by bike, you can discover breathtaking viewpoints, cosy picnic areas and hidden bathing places.

At Lake Wörthersee, for example, it's worth starting a five-lake round trip from Velden via Hafnersee, Keutschacher See, Bassgeigensee and Rauschelesee. “Cycling for pleasure” is the focus of attention on Lake Klopeiner See. Five different tours with a length of 4 to 55 kilometres connect all the lakes in the region. The routes are well signposted, the GPS tracks and free maps are also helpful. 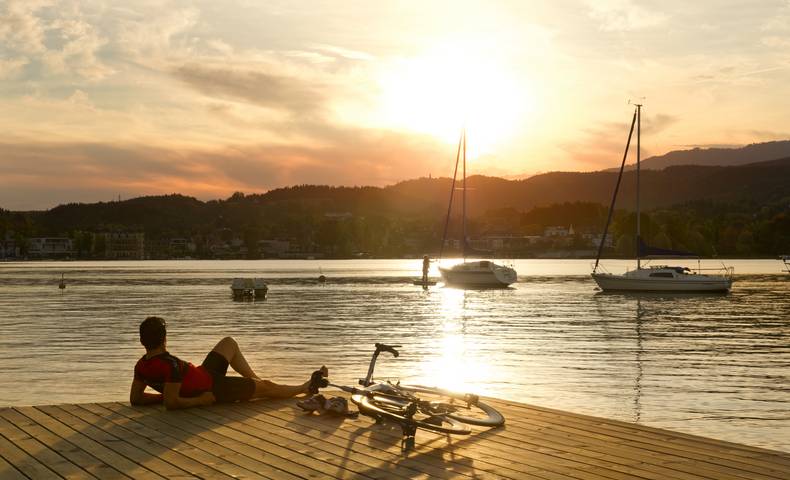 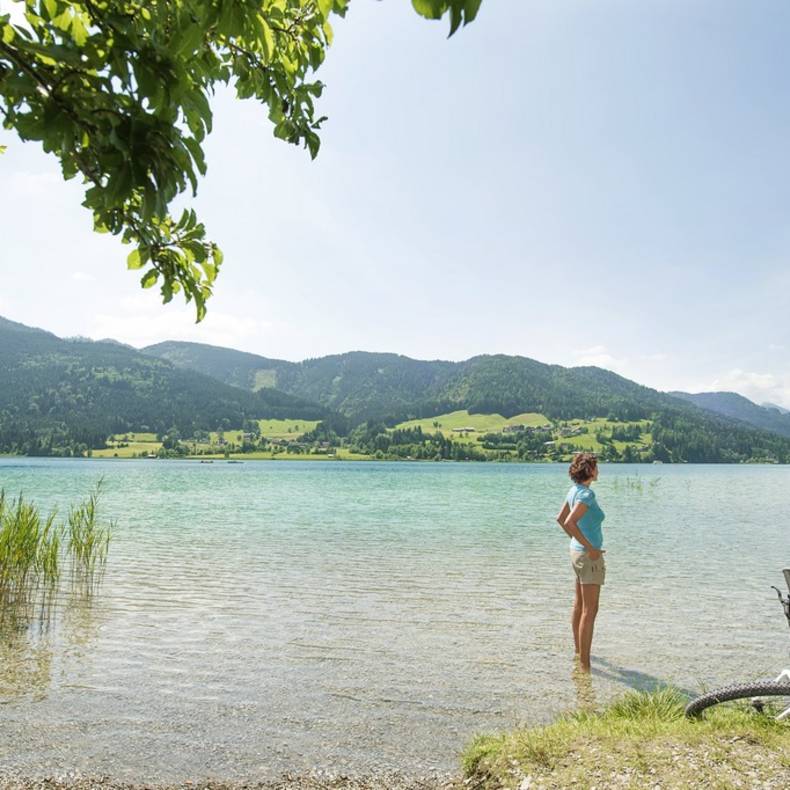 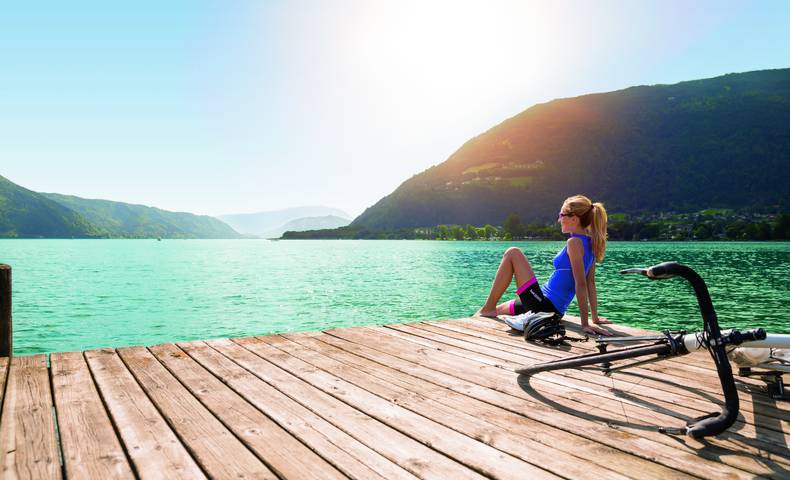 Energetically charged on the road with the e-bike

In the region of Central Carinthia, e-bike riders can enjoy wonderful cycling tours combined with culture and culinary delights. Nine well-signposted themed tours across the region, e-bike rental as well as numerous excursion destinations and culinary refreshment facilities promise a varied time on the sunny southern side of the Alps.

All routes start from the Fuchspalast in the ducal town of St. Veit an der Glan and are signposted. Austrian Federal Railways (ÖBB) guarantee a comfortable return journey to the respective starting point.