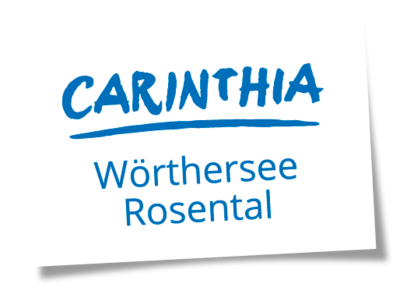 Embedded in the beautiful countryside of rolling hills and forests, Lake Wörthersee awakens many desires. An ease of life can be felt in the picturesque towns around the lake. The turquoise Wörthersee, which reaches a temperature of 27°C in summer, invites you to jump into the refreshing water and enjoy the colourful mixture of lifestyle and nature. There is plenty to explore away from the lake too, with natural treasures such as the Keutschacher Seental valley and the Ossiacher Tauern waiting to be discovered by bike.

A special recommendation for bikers is a detour along the Drau Cycle Path through the Rosental. The Rosental is connected to Slovenia by the Karawanken Mountains, offering stunning scenery and plenty of nature.

The Wörthersee is Carinthia’s largest lake and, with a length of 17 km, ideal for an extended tour. On this stage of the Carinthian Lake Loop you cycle along the northern shore right through the well-known towns of Velden, Pörtschach and Krumpendorf, allowing for one or the other stop-off on the shores. Lake Wörthersee’s eastern bay borders directly on the provincial capital of Klagenfurt, worth a detour both culturally and historically. A little quieter but no less idyllic, the round tour then leads through the Keutschacher Seental and past the Rauschelesee where it quite literally reaches its climax at Lake Keutschach. From here you head up the Pyramidenkogel with its 70 m high observation tower. Back at Lake Keutschach after this detour, the route leads past the Hafnersee to Schiefling. This lends itself for an enjoyable break at one of the "Buschenschank" taverns, before heading back to Velden for a well-deserved sunset drink.

Information on the individual stages and GPS data

Carinthia from above. At almost 100 m, the Pyramidenkogel is the world´s highest wooden observation tower.

Velden with its Schlosshotel and corso

Pörtschach Bay and its "flower island"

Slow down in the nature reserve